The female swimmer had already been removed from the water and was located at the Adams Point Beach when firefighters arrived.

​A LifeNet helicopter was placed on standby and then was requested to launch. The landing zone was on County Route 30(Queechy Lake Drive) just in from Route 22. The patient was transported to Albany Medical Center.

​Firefighters were back in service at 3:06pm.

Canaan, New York – On August 13, 2022, the New York State Police responded to Queechy Lake for a boating accident.
At approximately 2:05 p.m., Troopers were dispatched by Columbia County 911 to Queechy Lake for a report of a woman struck by a boat.  Chatham Rescue arrived on scene, began medical treatment, and with the Canaan Protective Fire Company facilitated the medevac of Catherine Thompson, age 68, of Portland, OR, to Albany Medical Center.  Thompson remains at Albany Medical Center in serious but stable condition.
Initial investigation found Thompson was swimming in the lake and was struck by a pontoon style motorboat.  Thompson attempted to dive under the boat but was unable to avoid injury.
This investigation remains ongoing. 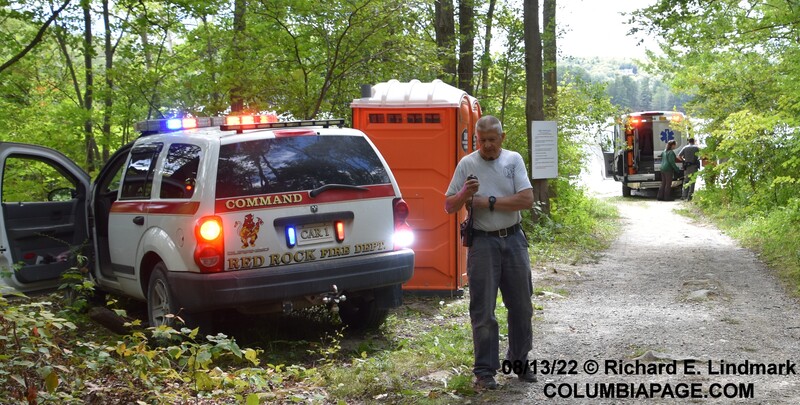 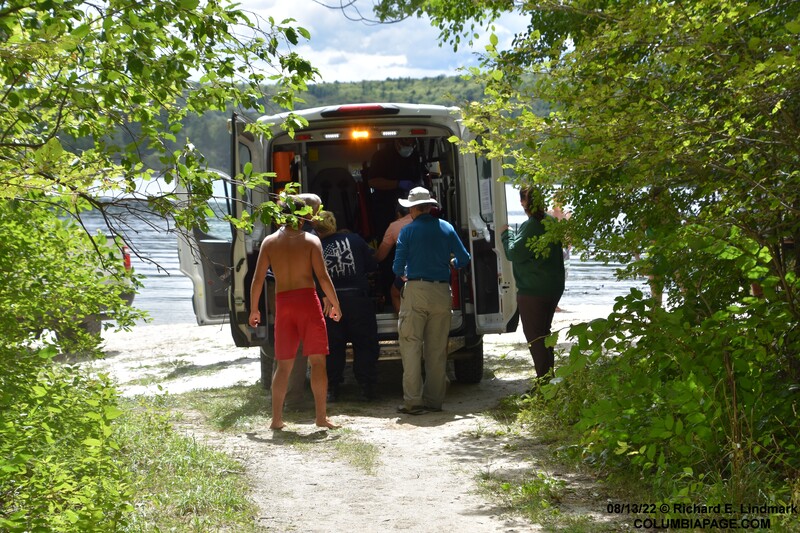 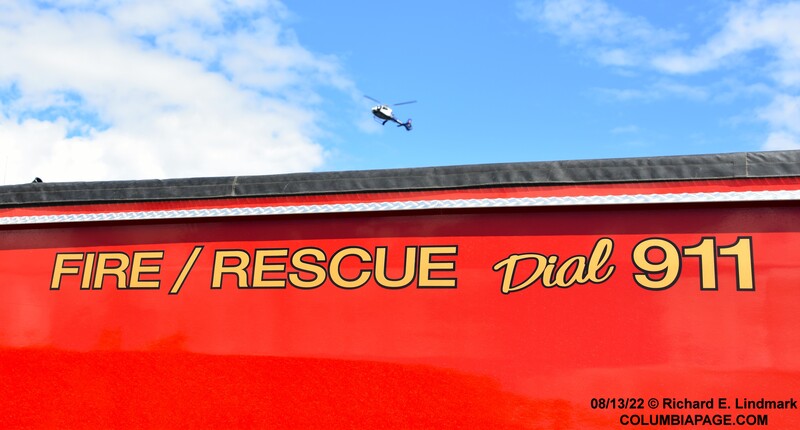 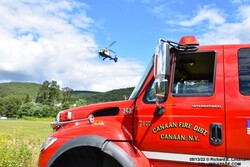 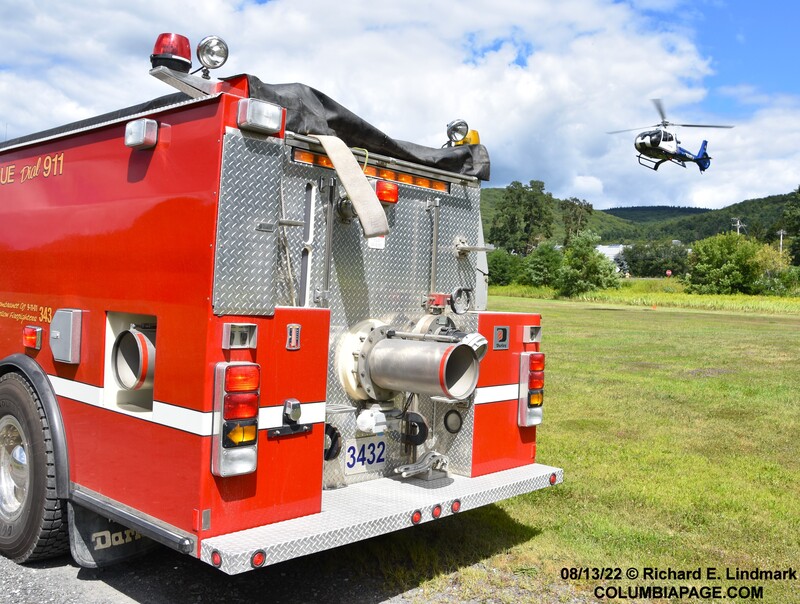 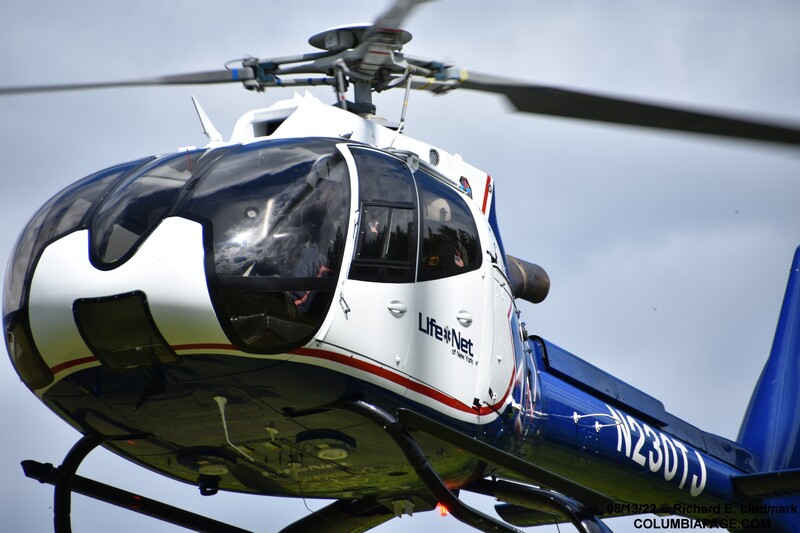 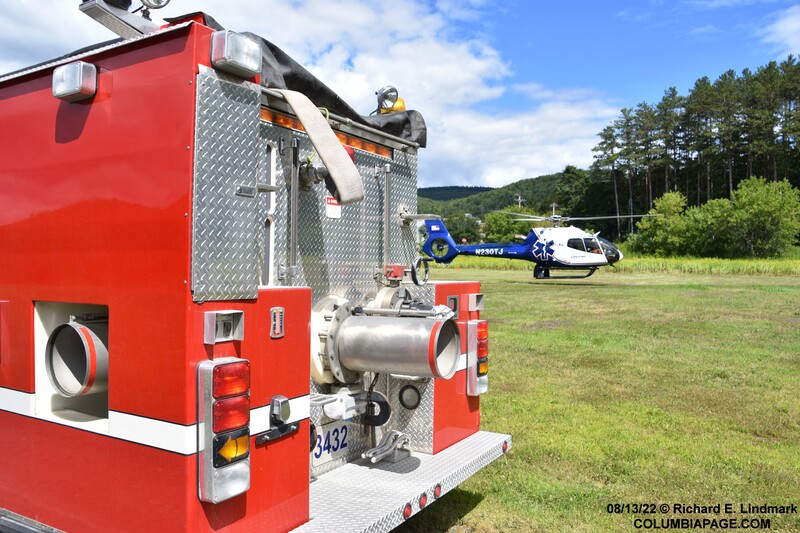 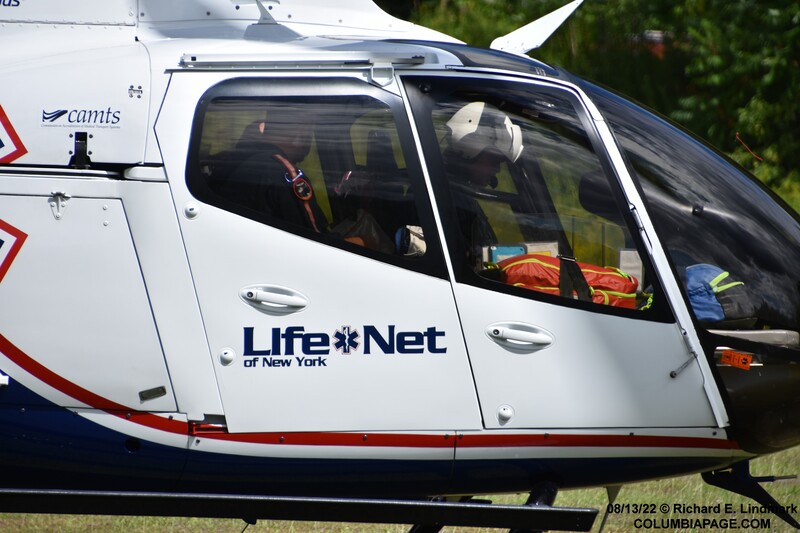 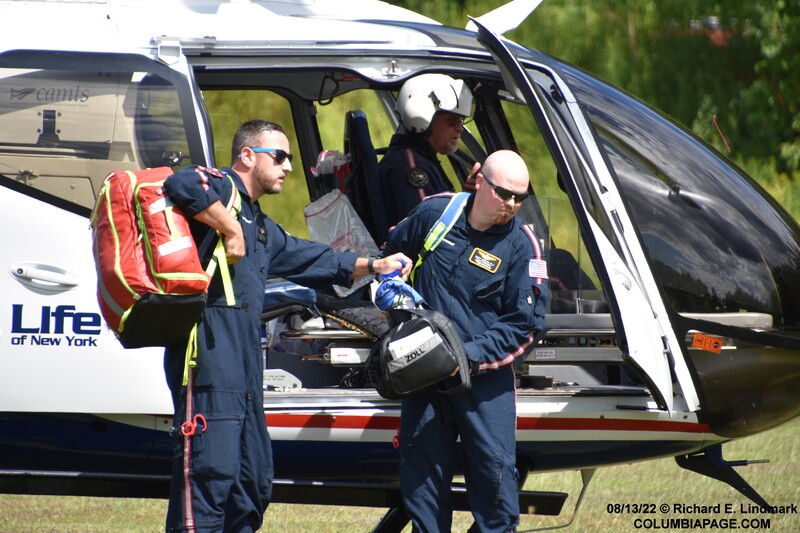 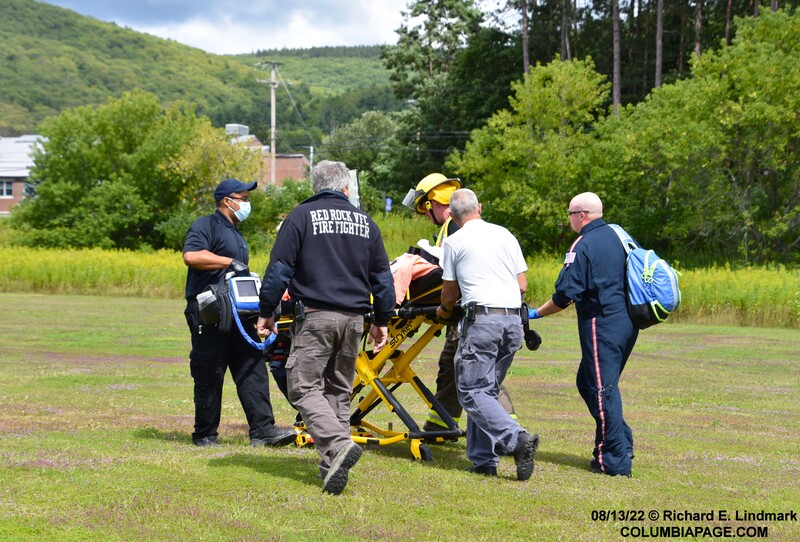 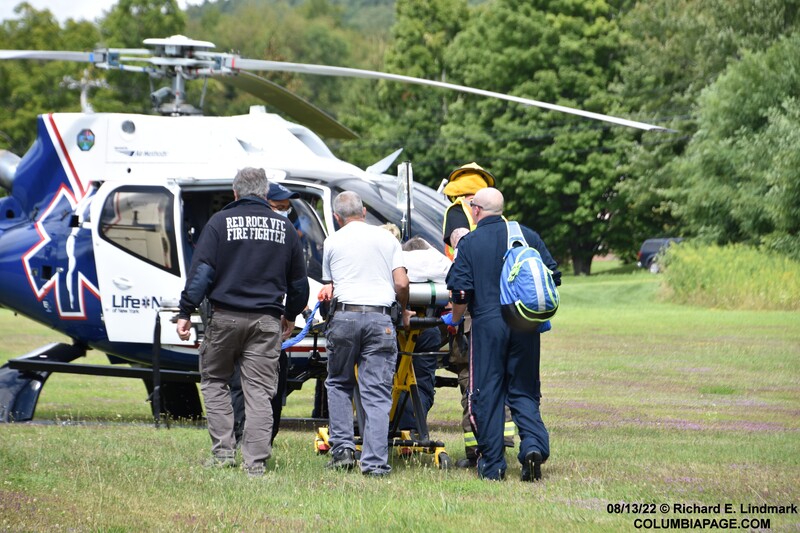 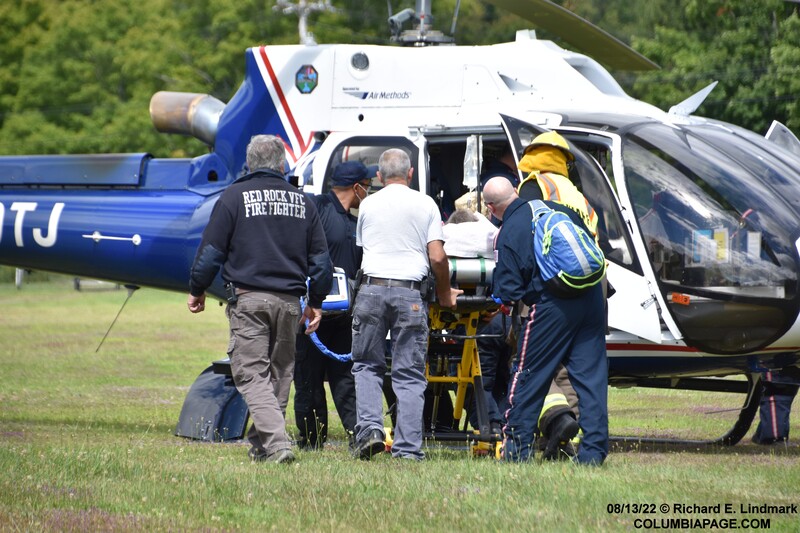 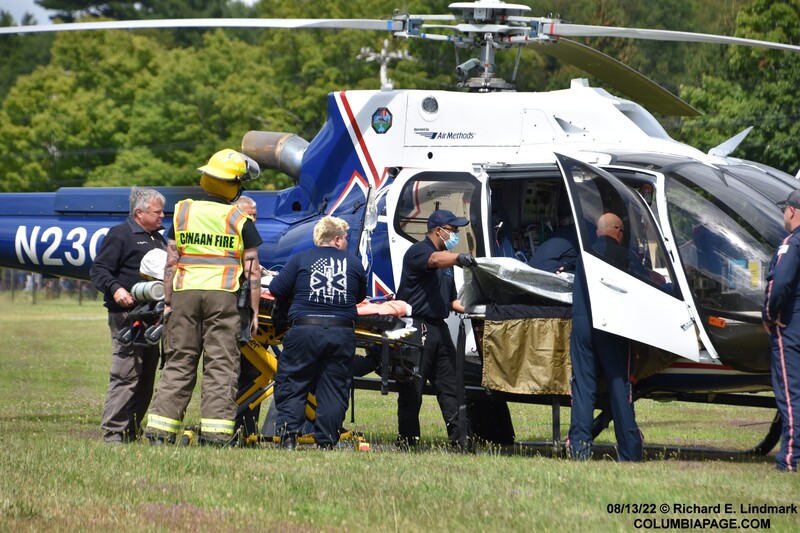 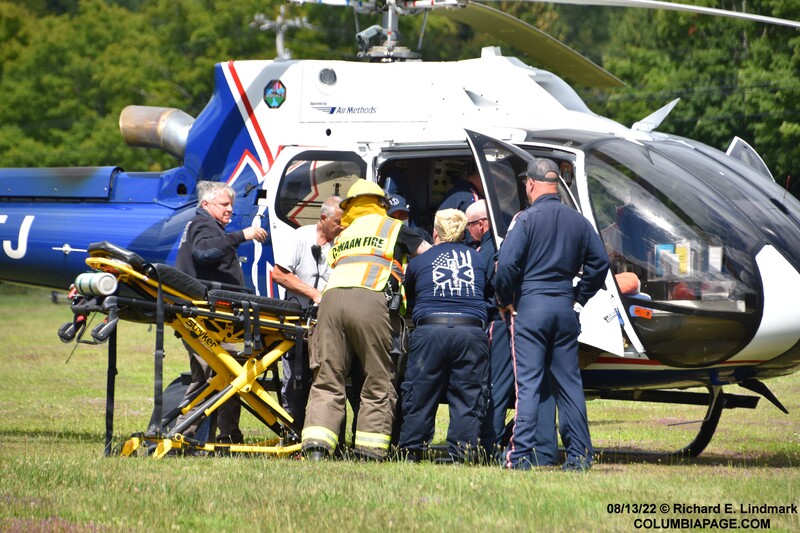 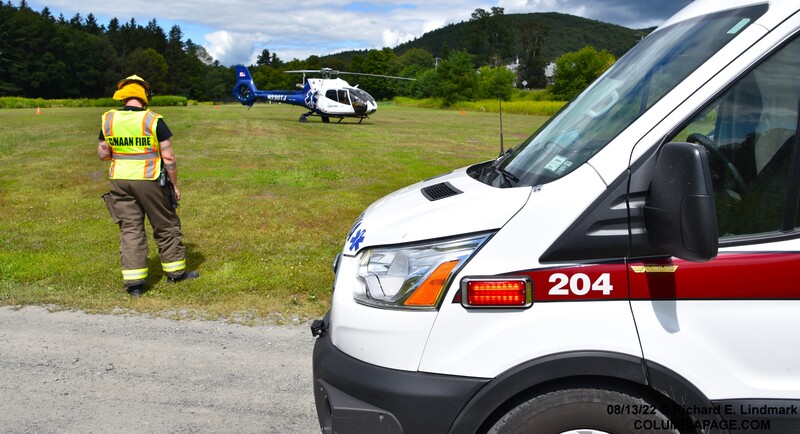 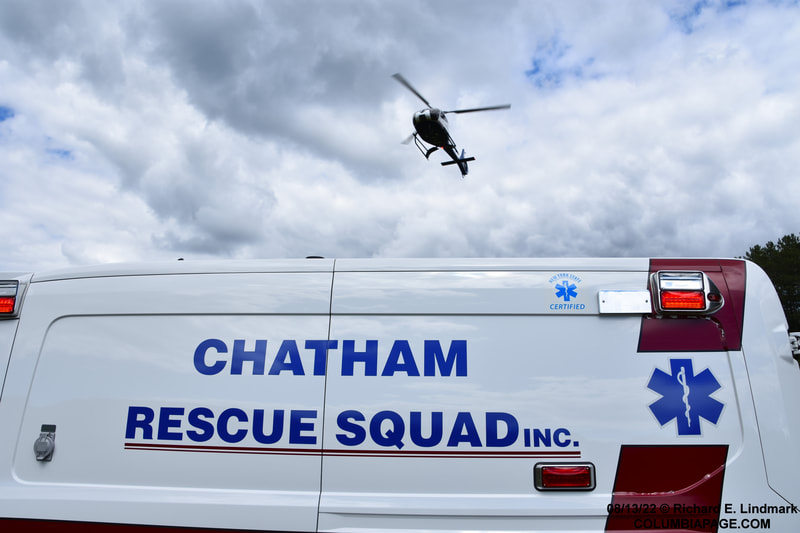