Shed Fire Smith Circle Valatie 11/25/18
Columbia County 911 dispatched Valatie Firefighters and Valatie Rescue at 1:57pm for a reported shed fire at 6504 Smith Circle in Valatie. Mutual aid companies to the scene were Niverville and Kinderhook. Chatham and Claverack were dispatched but were not needed.

Command reported the fire contained to the shed.

​Firefighters were back in service at 2:51pm​.​
​
Information from the VFD Facebook page:
Just before 2 p.m. the Valatie Task Force( Valatie, Niverville, Kinderhook, Chatham, Claverack) was dispatched for a shed fire approximately 6ft from a residence. Car 1 arrived within a minute and advised that the fire was knocked down and there was no extension to the residence. Command requested the town units to respond only and secured Chatham and Claverack. Crews worked for about an hour to completely extinguish the fire and complete overhaul. After an interview between command, operations, and the home owner the cause of the fire was ruled to be accidental caused by hot ashes being disposed of in a plastic trash can.
​
We would like to take this time to remind our friends and neighbors not to dump ashes into a plastic trash can. This homeowner did his due diligence and kept the ashes in a metal can for over 24 hours to let them cool before disposing of them and they still caused the fire. Please do not dispose of any type of hot ashes in any type of plastic container. Hot embers can hold enough heat to ignite flammable materials. 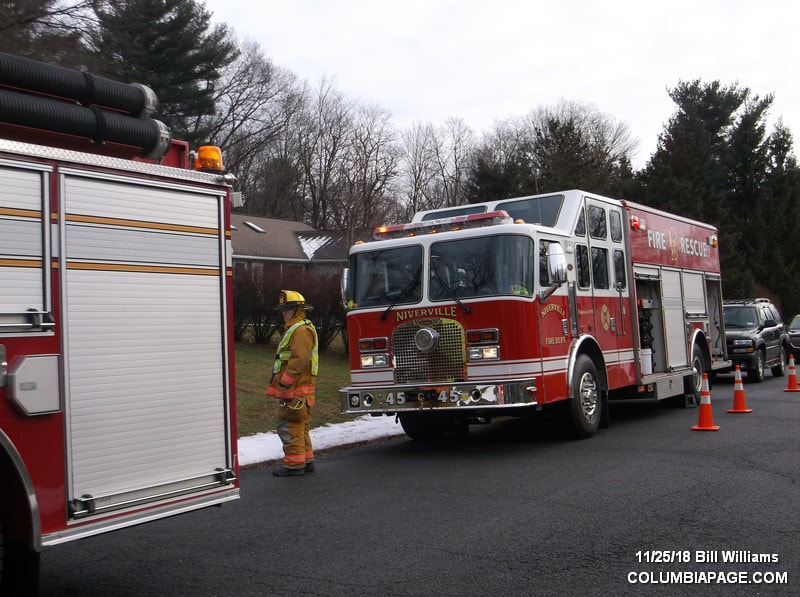 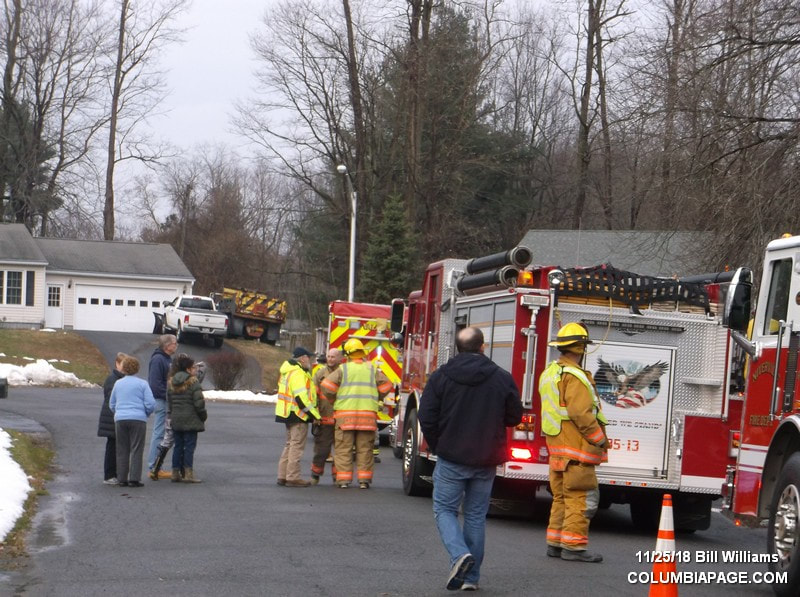 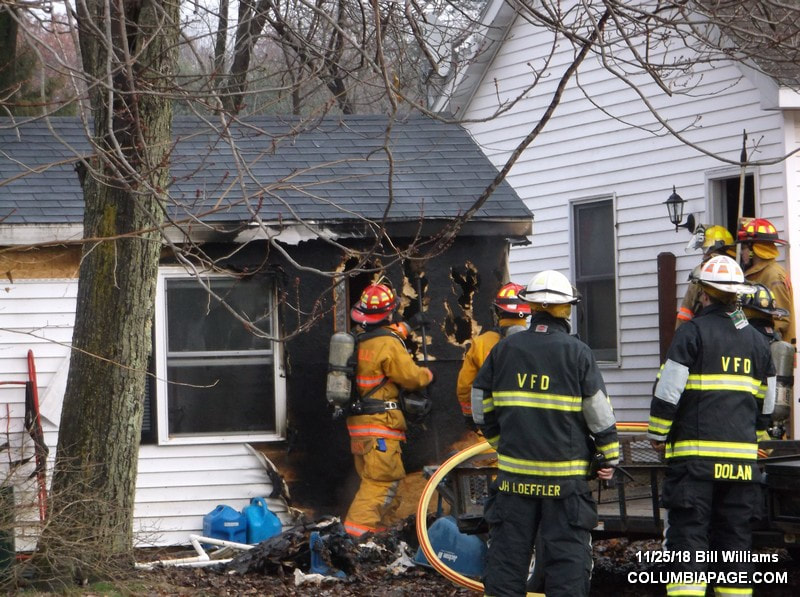 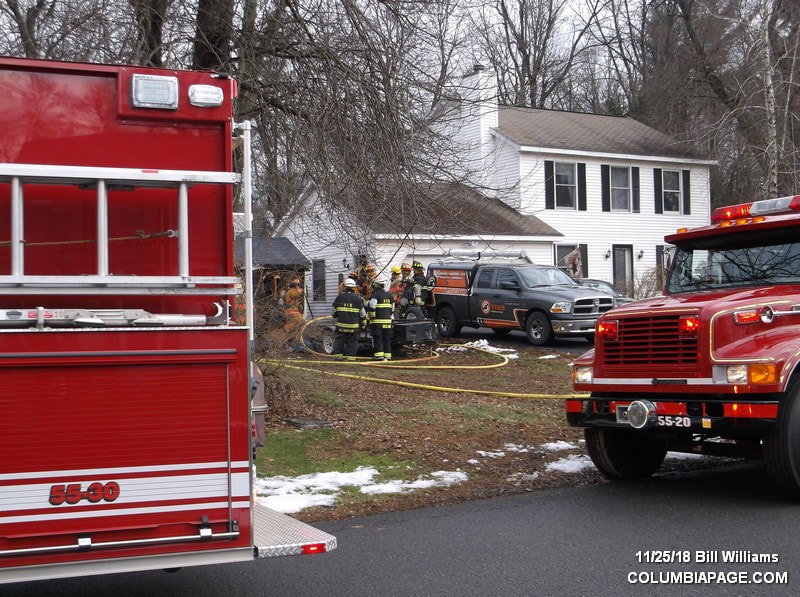 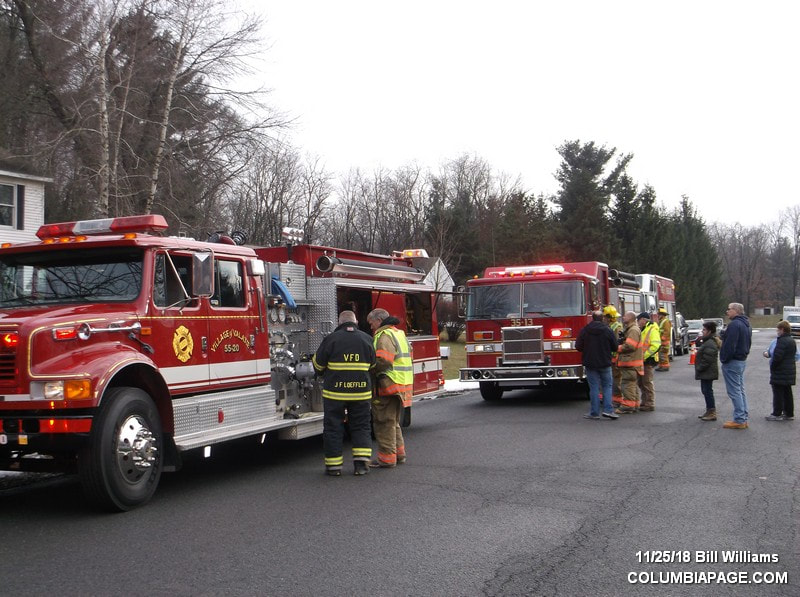 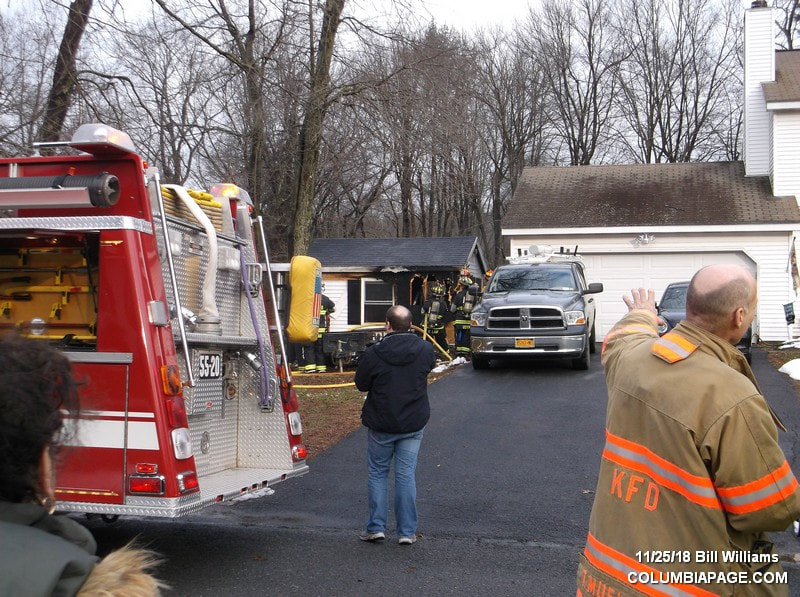 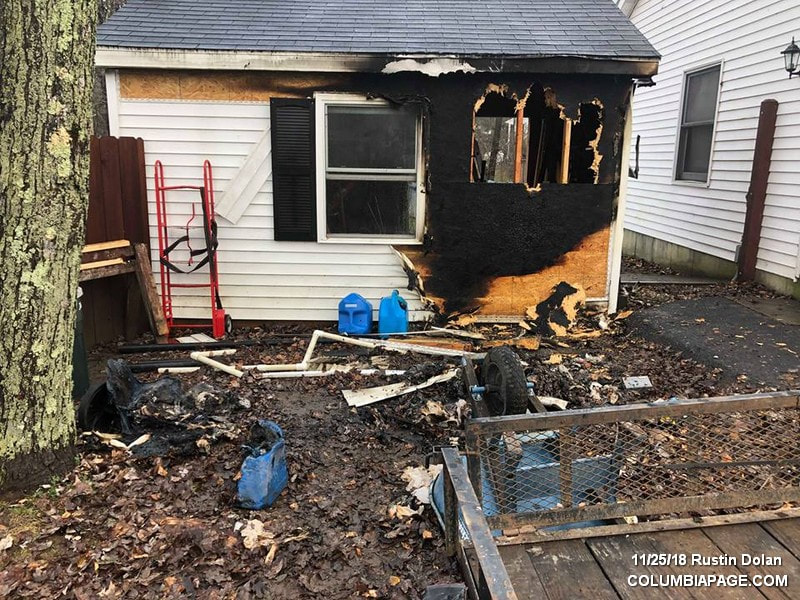 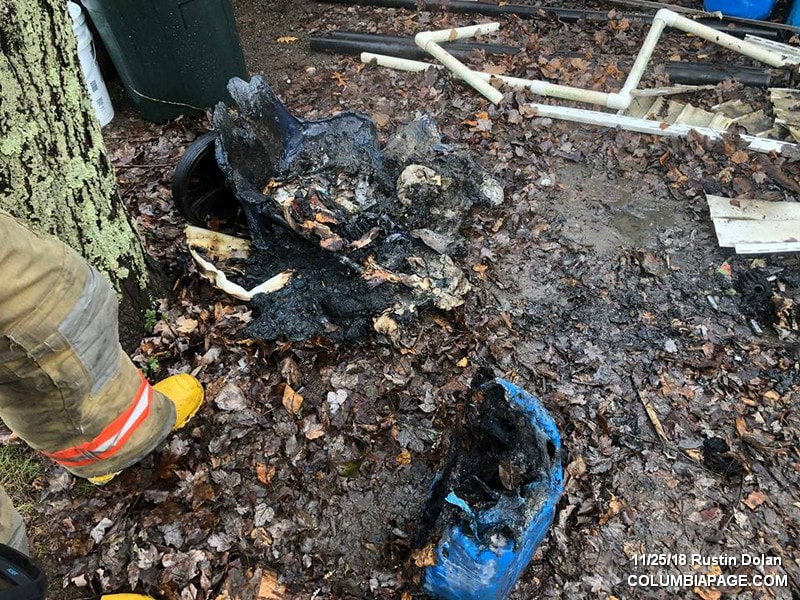 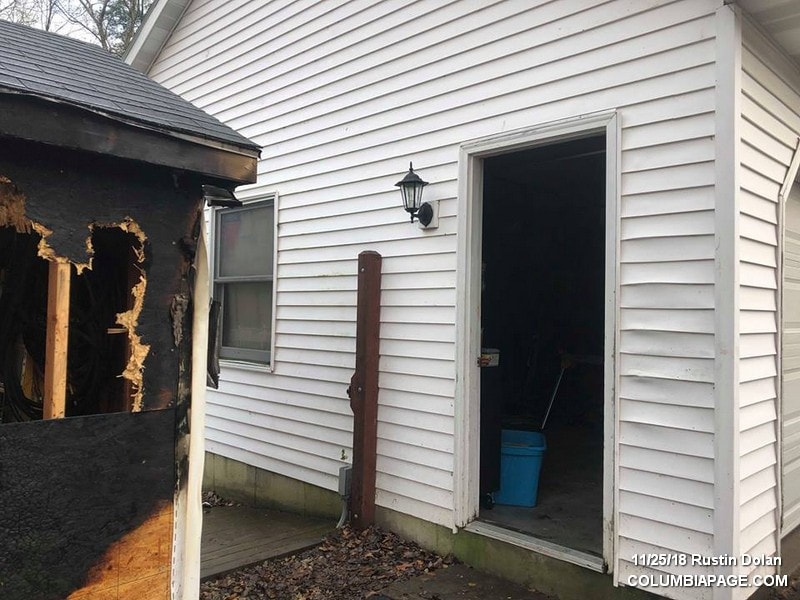 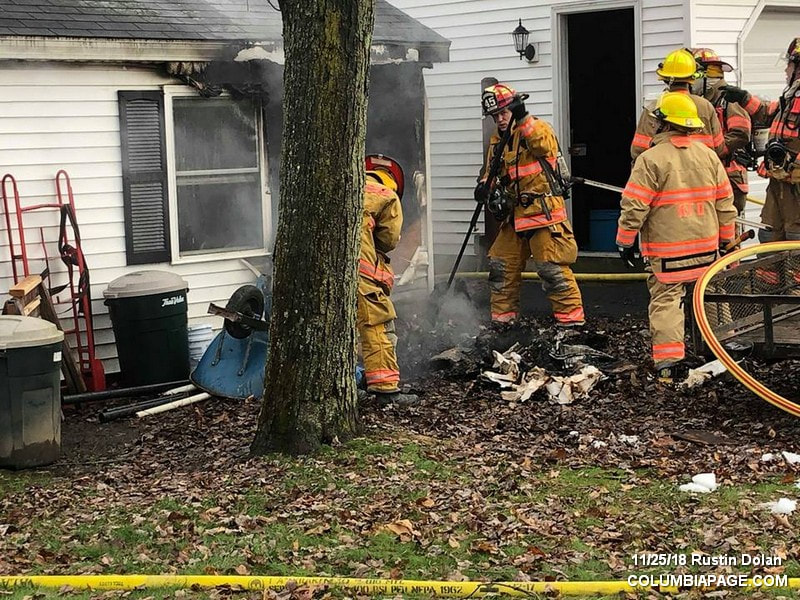 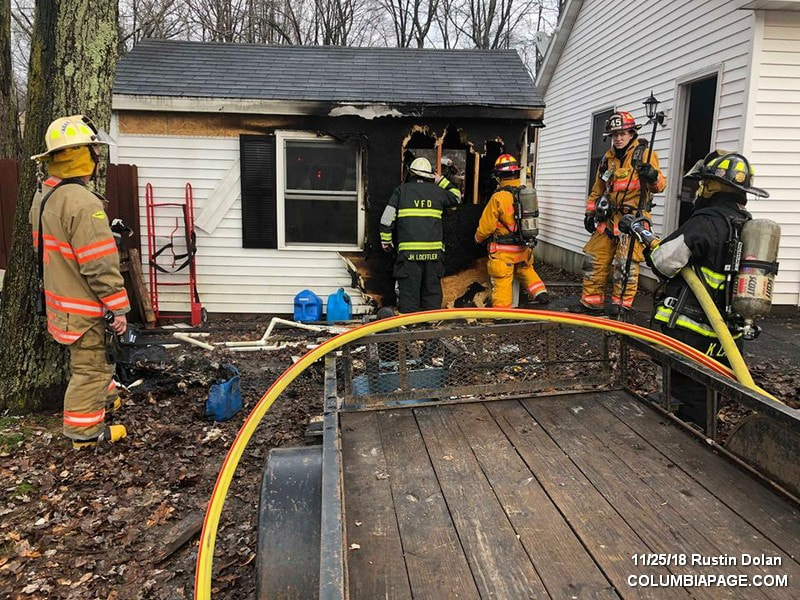 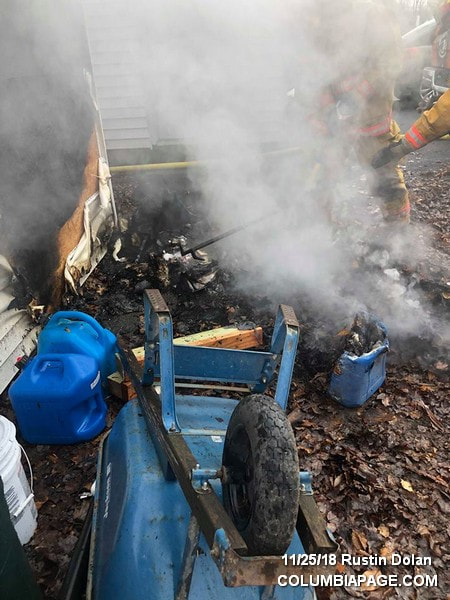 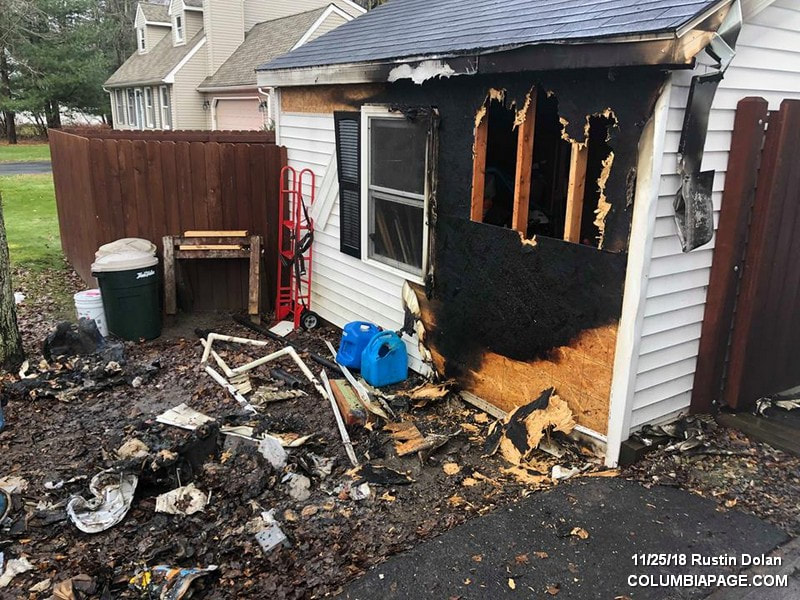