School Bus Accident in Taghkanic 11/08/19
Columbia County Sheriff David P. Bartlett reports that on November 8, 2019 at approximately 7:52am, Deputy Sheriffs were dispatched by Columbia County 911 to a personal injury school bus accident on Pumpkin Hollow Road, just east of  County Route 27 in the Town of Taghkanic.

Deputies found that a 2005 ICRP bus, operated by 57 year old Christopher Fitch of Niverville NY, was driving eastbound on Pumpkin Hollow Road and for reasons still being investigated, drove off the south side of the roadway and struck a tree with the rear passenger side of the bus.  After striking the tree, the bus came to rest back on the roadway.

Mr. Fitch complained of head and neck pain.  He was transported to Albany Medical Center by Community Rescue Squad.

A bus was dispatched to the location to transport the remaining students who were not injured to Taconic Hills School.

Currently, K9 Sergeant Heath Benansky is conducting a commercial motor vehicle inspection of the bus.  The bus is registered to Michael S. Johnston. 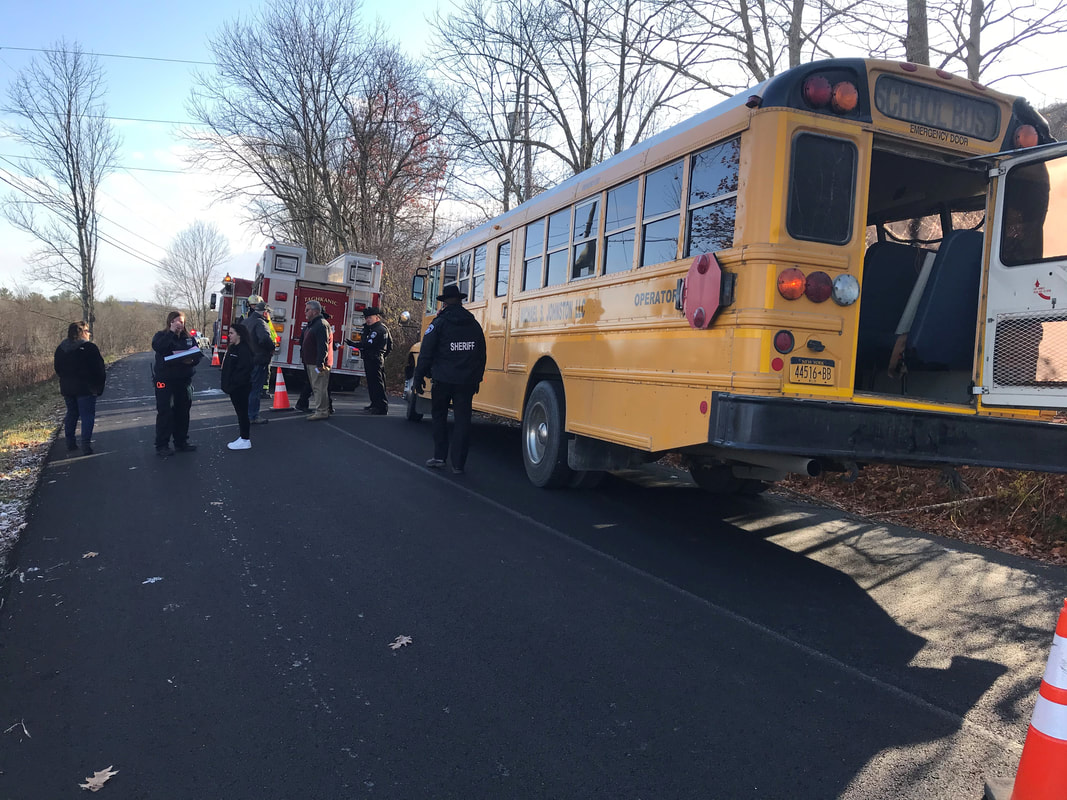