Rollover Accident on the Berkshire Spur Canaan 11/01/15
Columbia County 911 dispatched Canaan Firefighters and Chatham Rescue at 3:35pm for a reported one car rollover accident on the Berkshire Spur in Canaan. The accident was located on the eastbound lane at milepost B21. The operator of the 2007 Toyota reportedly fell asleep, struck the guardrails and the went across two lanes of traffic, rolled over and ended up on a bank in the median.

Canaan firefighters responded with 3440 and stabilized the vehicle and extricated the two occupants and a dog from the vehicle. The two were transported to Albany Medical Center by Chatham Rescue. Their injuries appeared to be minor.  A Helicopter was placed on standby but was not needed.

Canaan Firefighters were back in service at 5:05pm. 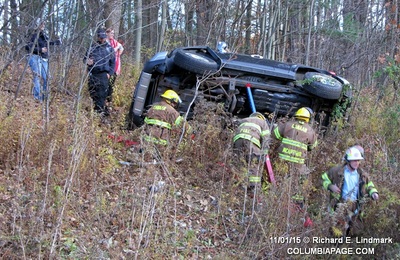 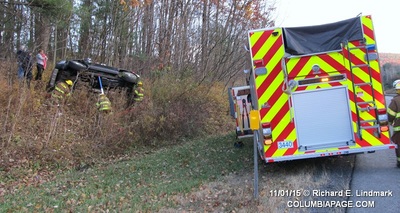 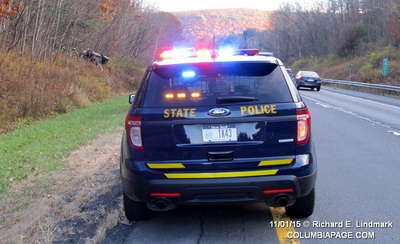 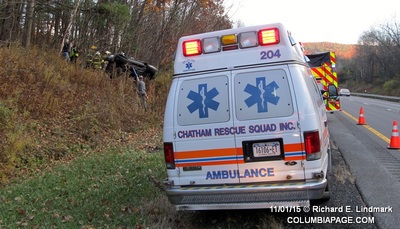 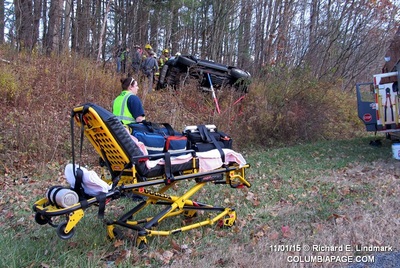 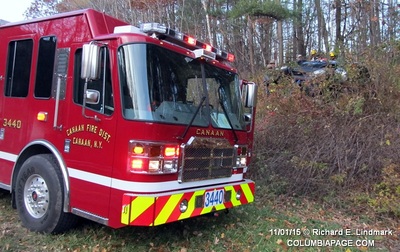 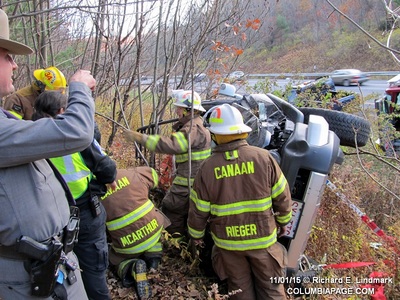 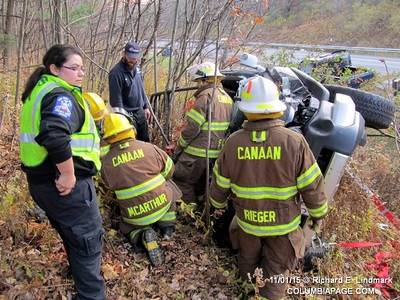 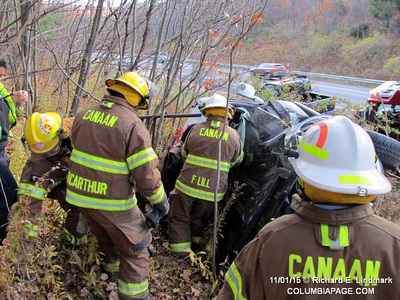 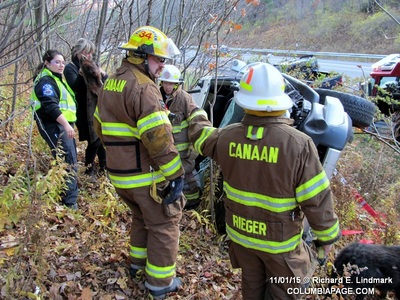 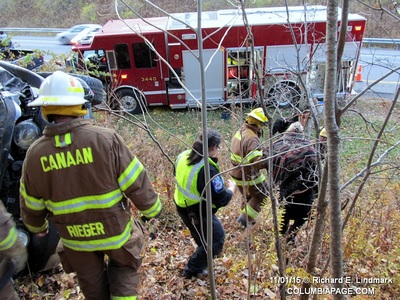 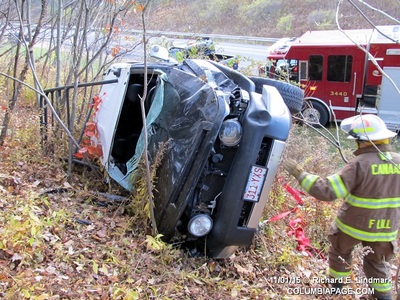 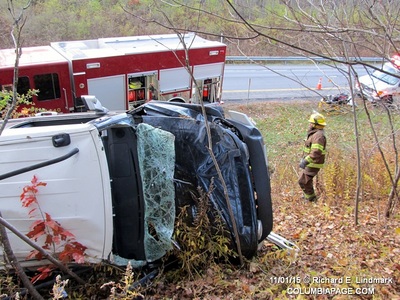 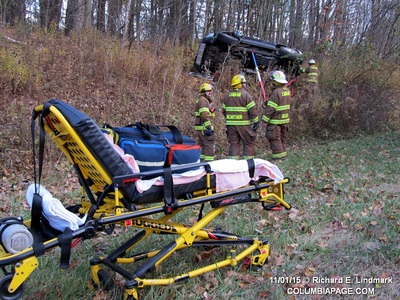 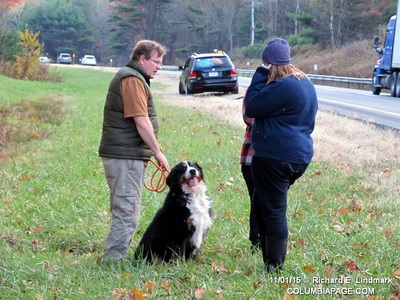 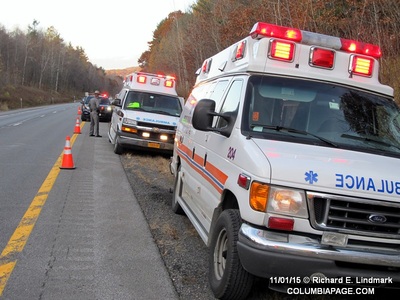 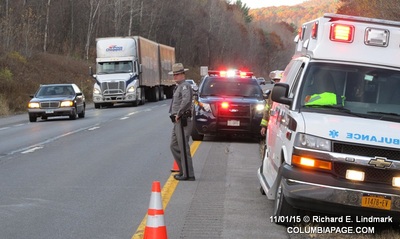 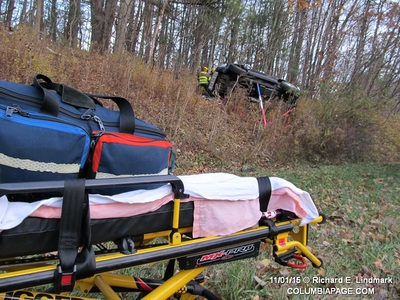 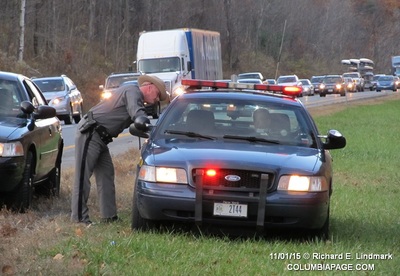 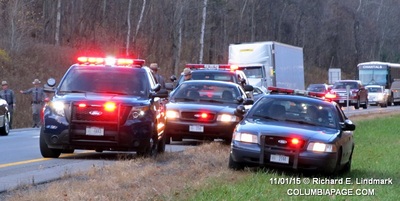 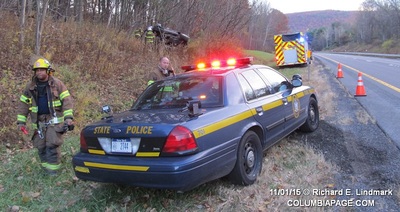 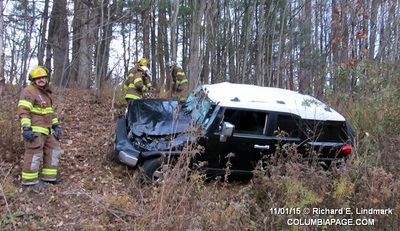