Gas leak shuts down Route 66 Greenport 01/25/17
A ruptured gas line has forced evacuations and has shut down Route 66 in the Town of Greenport. The incident occurred just south of Fish and Game Road and Bunker's Bridge.

A private contractor, repairing a water line on Rt.66 in Greenport cut through a National Grid gas line just before 10am.

The Greenport Fire Department is on the scene. Mutual aid departments on scene or standing by are: West Ghent, Hudson and Claverack.

Greenport Police and Columbia County Sheriffs' deputies began the evacuations of a UPS distribution warehouse, a New York State  Department of Transportation building, an apartment complex as well as a number of other businesses and residences.

National Grid gas crews are on the scene and the road remains closed as of 12 noon.
Click for video by Lance Wheeler 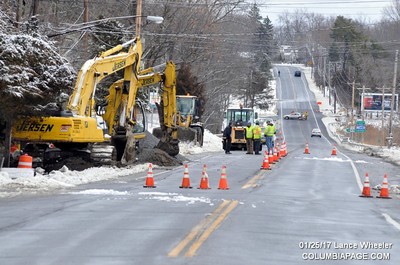 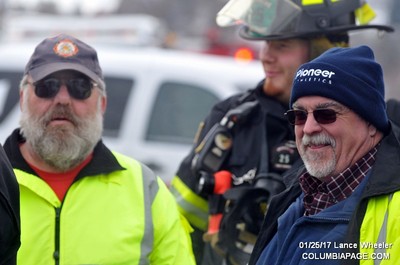 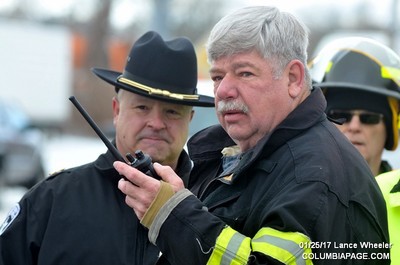 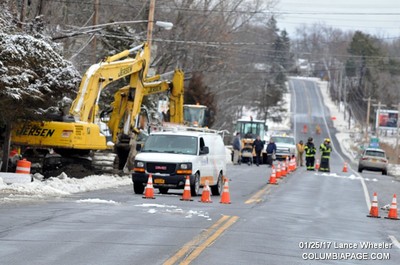 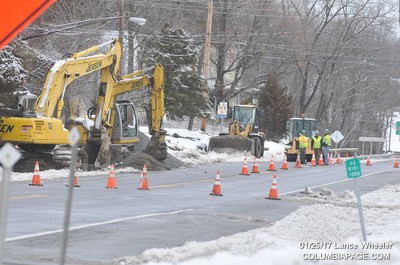