Fatal Accident Route 21B Ghent 12/09/19
Ghent, NY – Columbia County Sheriff David P. Bartlett reports that Sheriff's Patrols were dispatched by Columbia County 911 at approximately 10:14am this morning to a one vehicle accident on County Route 21B, just north of Shufelt Road in the Town of Ghent.

Deputy Sheriff's found that a 2013 Toyota Sienna, operated by 76 year old Rodney W. Abele of East Greenbush NY, was traveling northbound on County Route 21B and for unknown reasons went off the  east shoulder of the roadway striking a tree head on.  After the impact, the vehicle went down an embankment where it came to rest.

The operator and sole occupant had to be extricated from the vehicle by Ghent and Chatham Fire Departments.  Mr. Abele was pronounced dead at the scene.

The accident is still under investigation by Sheriff's Deputies and Investigators.  Coroner Blasl is also assisting with the investigation.

County Route 21B was closed for approximately 2 hours during the investigation. 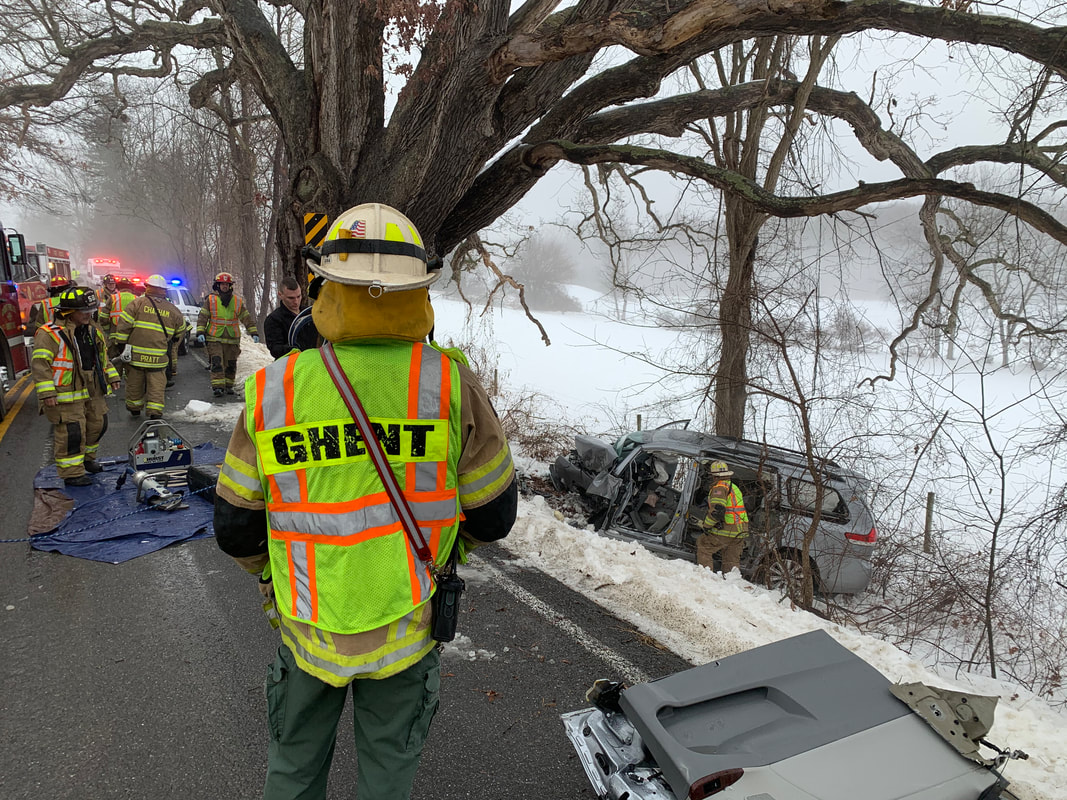 Photo and Report from the Columbia County Sheriff's Department