Fatal Accident NYS Thruway Canaan 02/06/18
Columbia County 911 dispatched Canaan and Red Rock Firefighters and Chatham Rescue at 2:58am for an accident on the New York State Thruway. The accident was located at the westbound lane of the B-3 exit in the Town of Canaan.

A LifeNet helicopter was placed on standby but was not needed.

One subject was transported to Berkshire Medical Center by Chatham Rescue.

Firefighters were back in service at 4:17am. 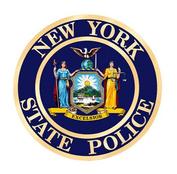 Canaan, NY – On February 6, 2018, at approximately 2:56 a.m., State Police were dispatched to investigate a serious injury accident in the area of the westbound off-ramp at Exit B3, I-90 (Berkshire Spur) in the Town of Canaan.

The Troopers investigation revealed that Jose A. Lopez, age 32 of Springfield, MA was operating a commercial box type truck traveling westbound I-90 (Berkshire Spur) and was exiting at B3. The truck struck the end of the guiderail and traveled for approximately 200 feet before coming to rest. Jose A. Lopez was transported by ambulance to Berkshire Medical Center where he was pronounced deceased.

Accident scene is clear; ramp is open no traffic delays in the area.
​ 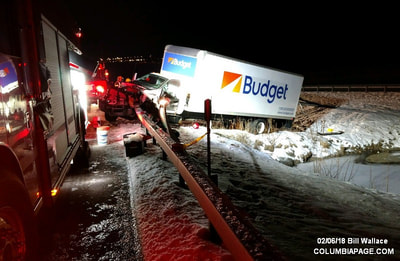 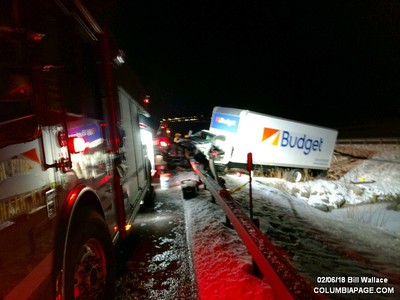 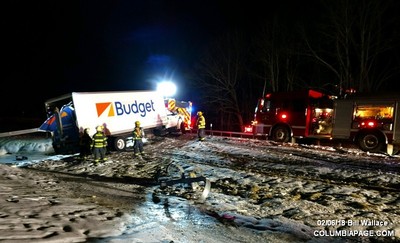 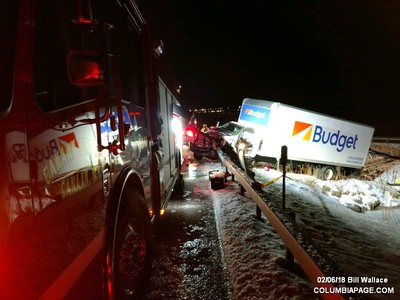 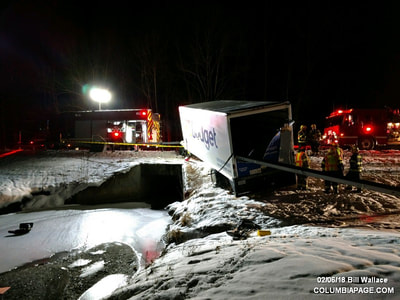 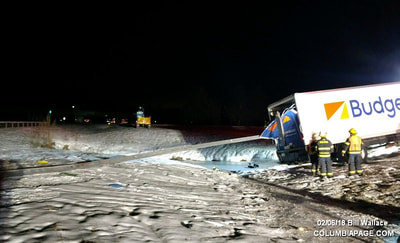 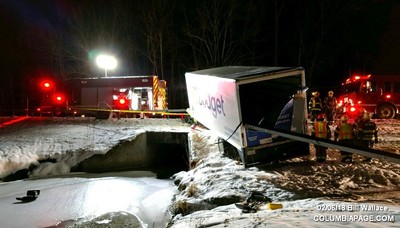 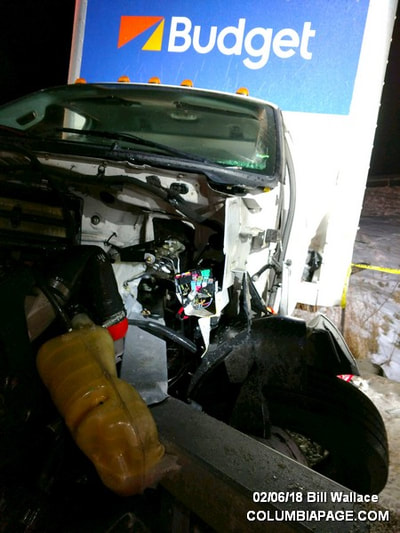 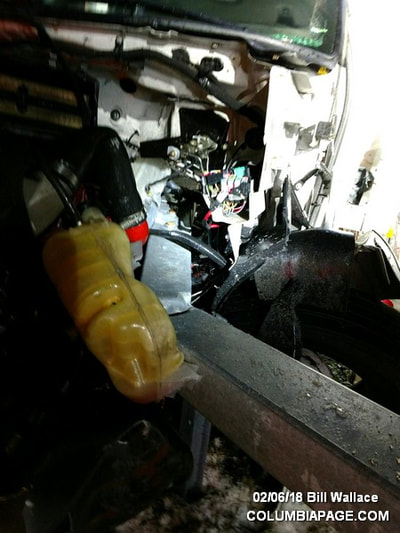