On June 8, 2019 four Chatham Firefighters were honored by the American Legion, Department of New York District 3, as the District 3 Firefighting Unit of the Year.  Mayor John Howe accompanied Chief Paul Rideout, 1st Assistant Chief Eric Barnes and Firefighters Greg and Alex Horst to the Joseph E. Zaloga Post #1520, 4 Everett Rd. Albany, NY for the ceremony.  The firefighters were awarded Certificates of Distinction, which were presented by Department Commander Gary M. Schacher, and Law and Order Committee Chairman Jeffrey French.
The honors come following similar honors in 2018 from the American Legion in Columbia County for heroic actions taken by the Chatham Firefighters during fatal fire on Mother’s Day 2018.
On May 13, 2018 at approximately 8:30 am the Chatham Fire Department responded to a fire at the Chatham Manor (an apartment building for older and/or disabled residents), School St. in the Village of Chatham.  Firefighters discovered heavy fire and blinding smoke throughout the building.  Chiefs Rideout and Barnes advanced a hose line into an apartment to extinguish the heavy fire and attempt to rescue trapped victims.  Firefighters Alex and Greg Horst entered the building, located a wheelchair bound trapped victim.  While working as a team, these firefighters along with the help and coordination of several other brave firefighters were able to not only rescue this severely injured victim, but two additional victims in other rooms that had become trapped due to the heavy smoke condition.  (Refer to previous press release dated 5/13/18 for additional details)
Mayor John Howe is quoted “the residents of the Village of Chatham are very lucky to have such a dedicated and well trained group of volunteers that risk their lives all while leaving their own families home.  This group of firefighters went above and beyond this day, but it is what they and all of our volunteers do for the better of our communities’ everyday”.
Chief Paul Rideout is quoted as saying “although we are very honored to receive this award, this was a team effort.  I am extremely proud of all of our firefighters.  I thank all of our volunteers that respond every time the alarm rings.” 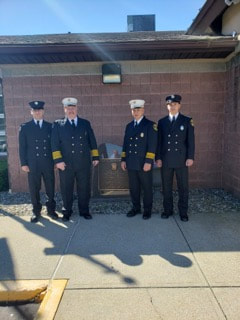 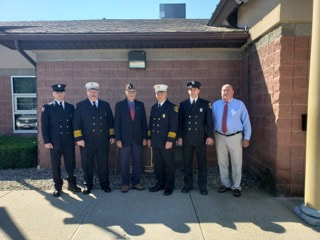 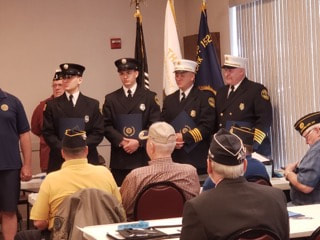 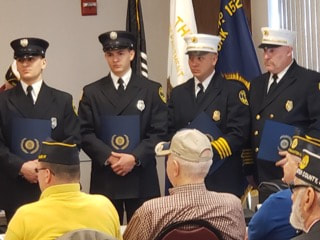 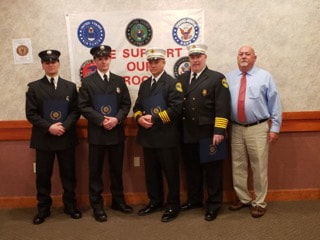 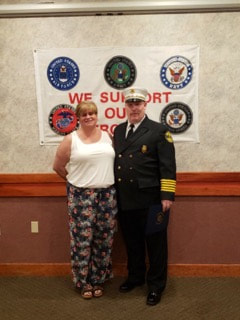 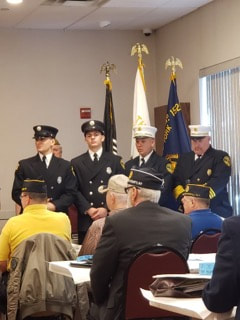 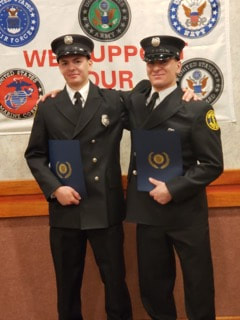 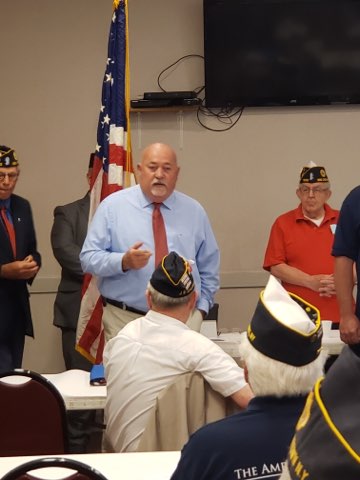 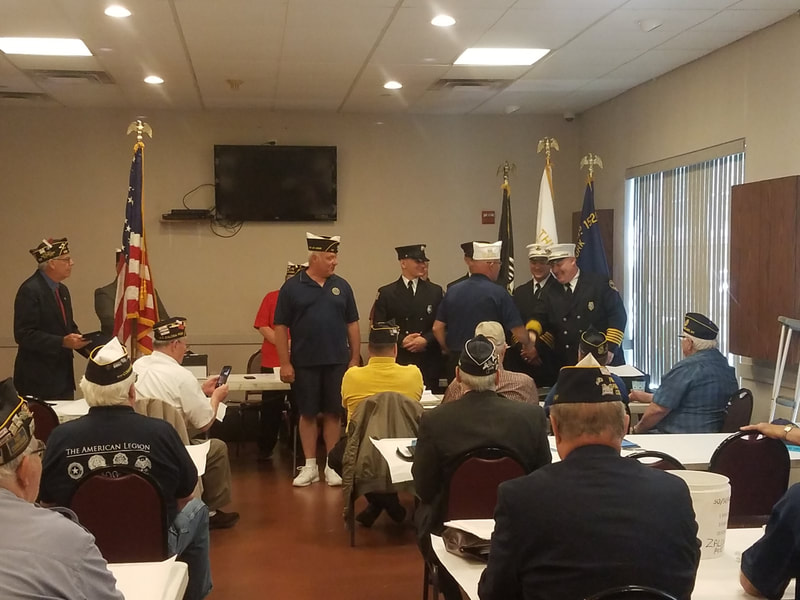 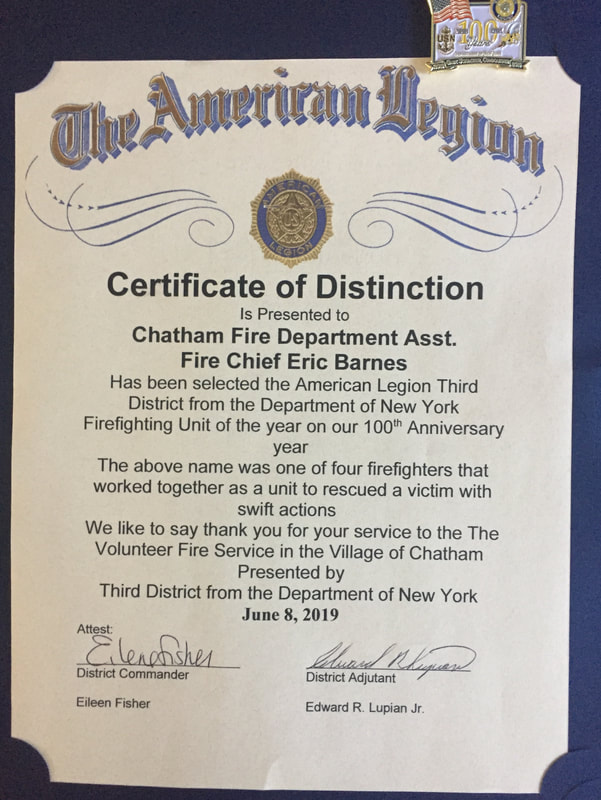 On 5/13/18 at 08:26 Columbia County 911 dispatched the Chatham Fire Department and under pre-planned automatic mutual aid Ghent Fire Department to a fire alarm activation at the Chatham Manor Apartments, located at 18 School St., Village of Chatham.  Additionally, 911 dispatched the Chatham Rescue Squad for a medical alarm at the same location.  Chatham Manor Apartments are a 32 apartment complex housing elderly and handicapped residents.

First alarm assignment brought Chatham Cars 1,2 and 3 with Ladder 58-1, and Chatham Engine 58-21 as well as Ghent Engine 22-43.  First arriving Chief observed a smoke condition on the first floor of the apartment building.  A Task Force Alarm was struck which brought additional firefighters from Ghent, Valatie, Niverville and East Chatham.

Chatham Firefighters made an initial attack into apartment 7 on the first floor experiencing a heavy fire load.  The fire was knocked down and search crews were able to locate a wheelchair bound victim trapped inside the apartment.  Crews extricated the victim who was in grave condition.  He was treated by Chatham Rescue and relayed to a landing zone at the Chatham fairgrounds where the victim was flown to Westchester Medical Center.  The burn victim is listed in critical condition as of the time of this release.

Firefighters were able to complete a thorough search of the entire complex and located two other residents trapped in their apartments.  In total 3 victims were rescued with two being transported.
The fire was contained to one apartment within the structure with heavy smoke damage to the rest of the complex.  The Chatham Fire Task Force and Chatham Rescue were assisted at the scene by the Columbia County Fire Coordinators Office, Columbia County Emergency Management Office, Columbia County Sheriff’s Office and Columbia County 911.

The EMO worked with Chatham Manor Management to relocate and assist all residents.  In total 8 apartments are uninhabitable.  1 resident is placed in another facility.  Several were transferred to family residents.
​
The cause of the fire is under investigation by Chatham Fire Department, Columbia County Cause and Origin Team, Columbia County Sheriff’s Office and the New York State Homeland Security Office of Fire Prevention and Control. 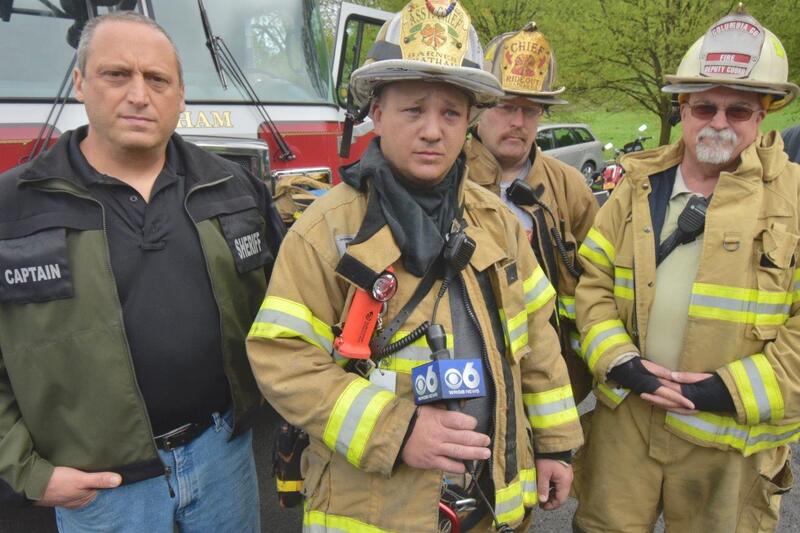 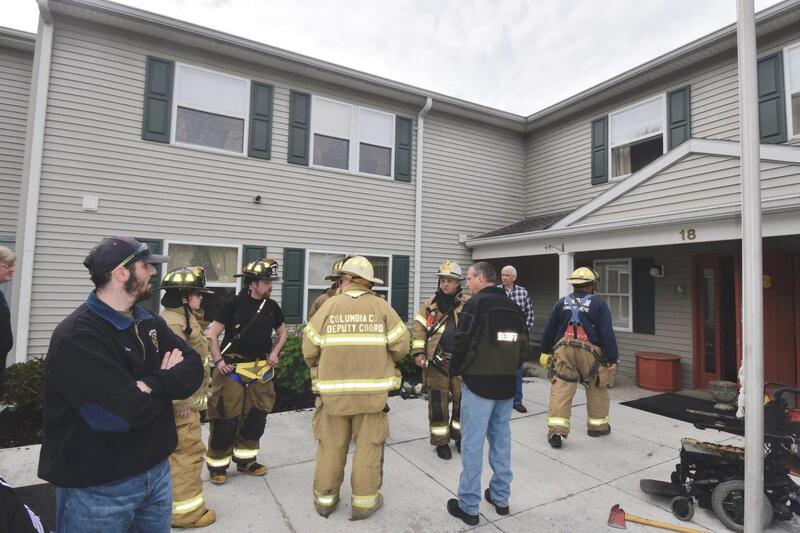 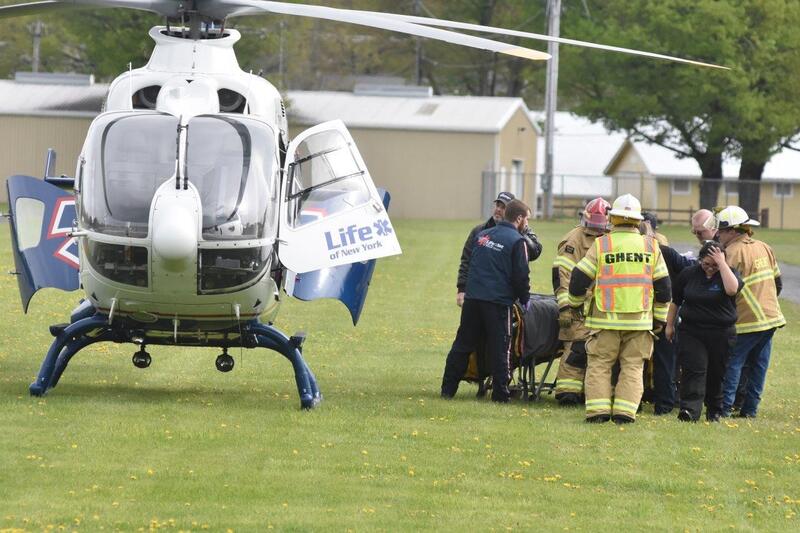 Report and photos compliments of the Chatham Fire Department