Columbia County Sheriff David P. Bartlett reports that Sheriff's Patrols were dispatched by Columbia County 911 at about 7:34am this morning to a vehicle and bicycle accident on Fish and Game Road, near the intersection with Tishauser Road in the Town of Claverack.

Deputy Sheriff's found that a pick-up truck being operated by 44 year old Jerry DePasquale of Ghent New York, was traveling eastbound on Fish and Game Road in the Town of Claverack when it struck a bicyclist who was also travelling eastbound on Fish and Game Road.   The operator of the bicycle, whose identity is being withheld pending notification to family, was air lifted to Albany Medical Center with serious life threatening injuries.  At this time investigators have ruled out both speed and alcohol as factors in the accident.  The cause of the accident is still under investigation and Mr. DePasquale was not ticketed.

The accident is under investigation by Sheriff's Investigators and the Sheriff’s Accident/Incident Investigation Unit.  Assisting the Sheriff’s Office at the scene was the Mellenville Fire Company and the Greenport Rescue Squad.
Helicopter Landing Zone at Columbia County Airport 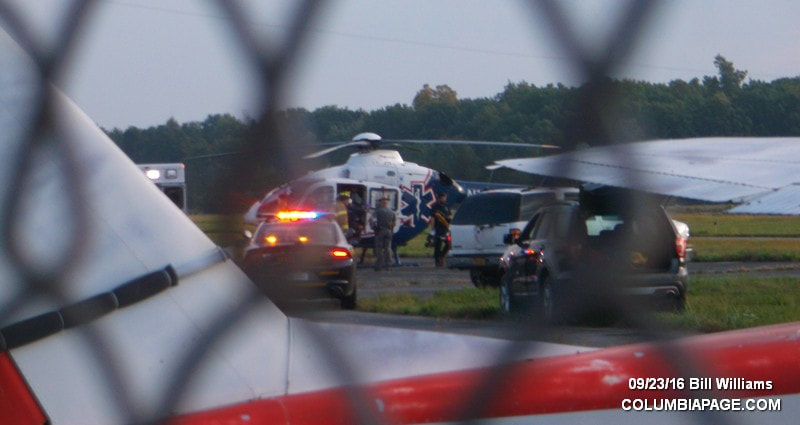 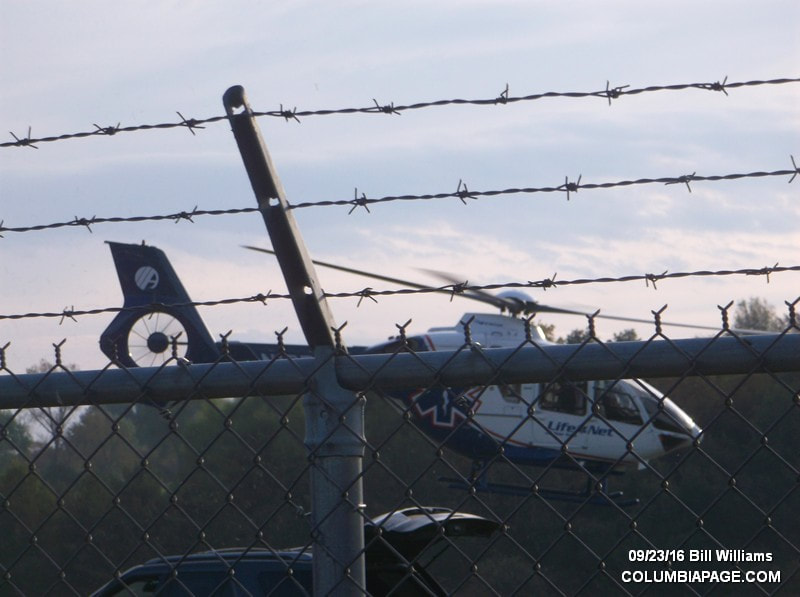