The State Police at Livingston are investigating a one-car collision which occurred at approximately 6:00 a.m. on Friday June 24, 2016 on State Route 9G / State Route 23B in the Town of Greenport.

The preliminary investigation indicates a 2002 Ford Focus being operated by a 16-year-old female was traveling south when the vehicle drifted off the east shoulder of the roadway.  A 17-year-old Athens teenager who was a rear-seat passenger suffered serious internal injuries and was initially transported to Columbia Memorial Hospital in Hudson.  She was then air-lifted to Albany Medical Center where she remains in critical condition.  Two other teenage passengers in the car, a 16-year-old female from Catskill and a 17-year-old male from Coxsackie sustained non-life threatening injuries.

The incident remains under investigation, but thus far there is no indication the driver was impaired by alcoholic beverages.  The occupants were returning home from a party being held in the Town of Cairo.

LifeNet responded but did not transport from the scene.

Route 9G was closed between Middle Road and Route 23.
​
Greenport Fire Department was in service at 9:23am.
Click for video by Lance Wheeler 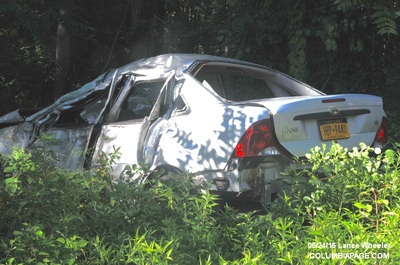 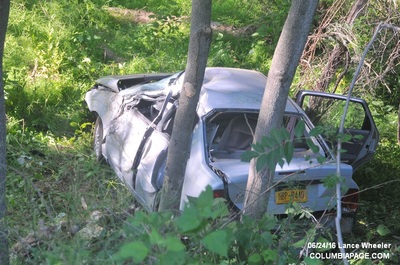 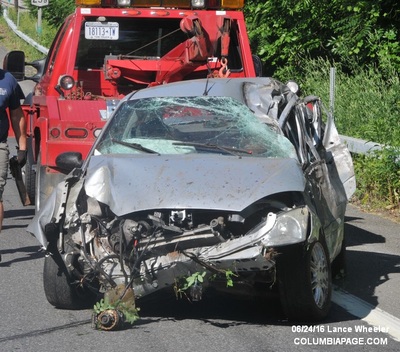 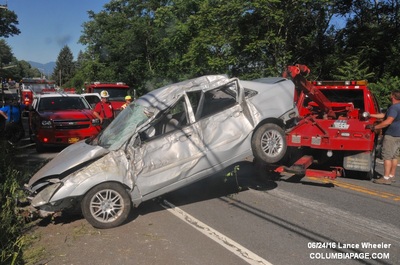